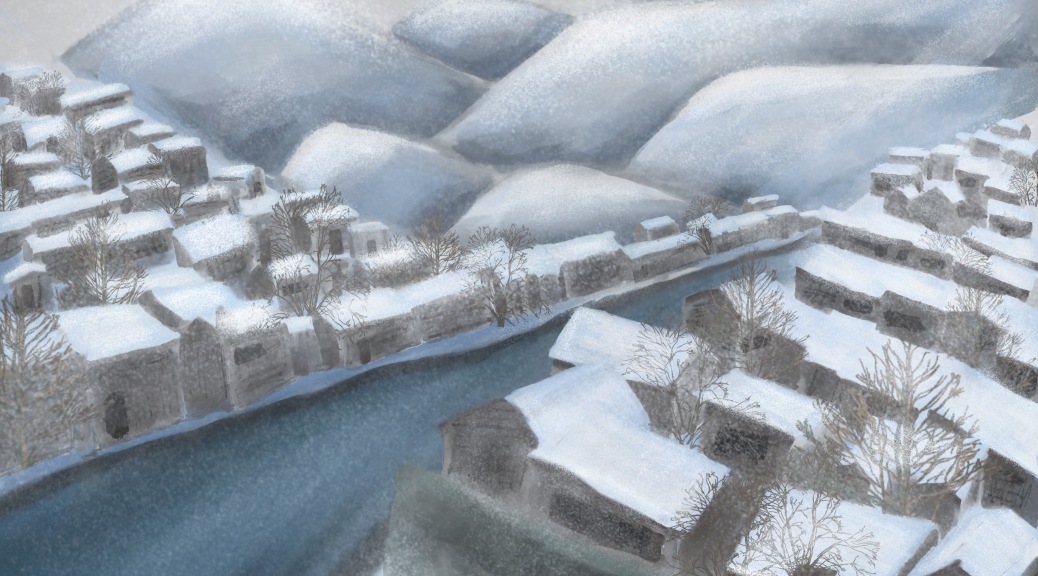 In the spring of 2016 I was doing dissertation research at the Sichuan Provincial Archives when I discovered a trove of letters between meteorological observers and their supervisors during the 1940s. Originally, I had planned to briefly consult the meteorological archives to get a sense of weather patterns in the vicinity of Kangding (or Dartsendo), but the meteorological record was an absolute mess: there was little data, but a lot of correspondence about personnel problems and missing or broken equipment.

I was particularly fascinated with the case of a young man with tuberculosis who joined the weather service in 1938, then suffered miserably from coughing fits during his time in Kangding, and pleaded for months with the Central Meteorological Bureau to be relieved from his position. There were many similar petitions from other personnel, and I realized that I’d found something rare: long, detailed testimonies from Han settlers who were absolutely miserable on the frontier.

I ended up devoting a whole chapter of my dissertation to the Kangding weather service, but it was a poor fit with the rest of the dissertation. Fortunately, I’ve spun it off as an article in a forthcoming special issue of The British Journal for the History of Science on meteorology in Asia. Included are two beautiful, full-color illustrations by artist Luodan Rojas–including the one in this post depicting Kangding during a winter storm in 1943. For now the article available on an open-access basis through Cambridge University Press’ FirstView feature:

From fall 2020 through summer 2021 I was the CEAS Postdoctoral Associate and Lecturer in the Environmental Humanities at Yale University.

After a long year adjuncting at a struggling college that has since failed and while contemplating an unpaid career as a Microsoft Flight Simulator pilot, I learned that my application to a postdoc position at Yale was successful, which meant I got to continue my research while wearing a Yale hoodie without irony. That’s not all: as the CEAS Postdoctoral Associate in the Environmental Humanities, I had the opportunity to teach an undergrad seminar on the Environmental History of East Asia, I helped to lead a graduate seminar, I joined the Environmental Humanities Steering Committee, and I forged ahead with my book project and several articles. I also joined the wonderful, one-of-a-kind Program in Agrarian Studies as an affiliate fellow.

Postdocs often feel disconnected from the rest of the university, or so I hear, but that wasn’t my experience. The Council on East Asian Studies and the Environmental Humanities Program did an incredible job of making me feel like a part of the community during my time here. My students were the best I’ve had yet, and reading their well-researched papers was an absolute pleasure. I’m convinced that this combination of research, light teaching, and some committee work is exactly the right way to structure a postdoc; it was certainly helpful in job interviews.

The pandemic meant that I spent less time on campus than I would have liked, but then I’m reminded of the false (yet inspiring) notion that the Chinese word for “crisis” combines the words for “danger” and “opportunity”: specifically, virtual events and teaching created opportunities for long-distance conversations and made Yale programming more accessible to the world. People Zoomed in to the Agrarian Studies Colloquium from abroad on a regular basis (including several who beamed in from India). In the spring semester, my co-instructor and I were able to arrange 10(!) excellent guest speakers for a graduate seminar that met five times. These are things you can’t do with entirely in-person programming.

This week I’ve been making daily trips to Sterling Memorial Library for archival research. As the alumnus of a state school with aggressively plain architecture, I am enjoying my gothic surroundings (even if they were built with oil money).

I got a lot done this year with support from CEAS and Environmental Humanities: I made serious progress on my book, I published one article that I’m particularly fond of, and I submitted another. So, thank you!

Of all the people who figure in my dissertation, my favorite is Liu Manqing 劉曼卿 (1906-1941). Born to a Han Chinese father and Tibetan mother, she married young at the urging of her father, but then divorced her husband and went back to school in pursuit of a nursing career. When she realized nursing wasn’t for her either, she decided at age 23 to undertake an overland journey from China proper to Lhasa to meet with the 13th Dalai Lama, with the vague goal of improving Sino-Tibetan relations. 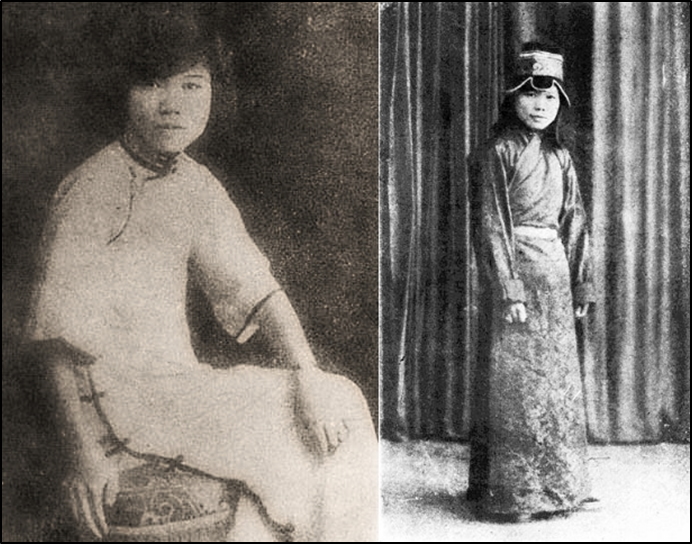 Liu obtained the blessing of Chinese (ROC) president Chiang Kai-shek before setting off for Lhasa, but the trip was of her own initiative and was not an official diplomatic mission. She was a member of the Guomindang (Nationalist Party) and an impassioned believer in Sun Yat-sen’s “Three Principles of the People” and the Guomindang vision of the “unity of the five races”–referring to the Han, Manchus, Hui, Mongols, and Tibetans. Yet at times she was harshly critical of Guomindang implementation of that vision, which typically emphasized assimilation of ethnic minorities into the Han majority.

As Liu’s riverboat traveled up the Yangtze in 1929, she reflected on her difficulty relating to most of the other women in her cabin. Her travel memoir recalls:

I thought upon my cohabitants in this small cabin, these women with whom I am coeval, and of my attending to the affairs of the nation and their attending to the affairs of the home, laden with heavy hearts and under pressure all day long. Although some of our affairs are great and others small, some are public and others private, yet they all occupy us equally and are similar in this respect. (Liu Manqing 1933, p. 4)

Liu Manqing played an active role in Sino-Tibetan relations until her death of illness at age 35. For more on her life, see Fabienne Jagou’s article “Liu Manqing: A Sino-Tibetan Adventurer and the Origin of a New Sino-Tibetan Dialogue in the 1930s” in Revue d’Etudes Tibétaines no. 17. Liu also features heavily in chapter three of my dissertation.

In 1912 a Chinese general, Yin Changheng, took an army of Sichuanese men into the mountains of eastern Tibet to assert (or re-assert) Chinese control over certain Tibetan territories after the Revolution of 1911 threw China’s relationship with Tibet into some confusion. A series of cables between Yin and Republic of China president Yuan Shikai, as well as Yin’s later memoir, show that food shortages were a persistent concern for Yin during his ambitious “western expedition” (xi zheng). Yin had the funds to purchase lots of rice in western Sichuan, but not the means to haul it up into the mountains–and there was little rice, wheat, or millet be found in the mountains. What were his men supposed to eat?

As I put it in a recent conference paper: “In 1912 a Chinese army went to war in Tibet and got very hungry.”

One phrase that Yin invoked repeatedly has been troubling me: shi jin bing qiong. 食盡兵窮. The meaning is accessible enough: “(the) food is spent, (the) soldiers are destitute/exhausted.” But Yin’s repeated use of this phrase, which appears both in his telegrams and his memoir, suggests that it was a set phrase–an allusion to something else. Where does this phrase come from?

With a little poking around, I found what may be the locus classicus of the phrase, and it turns out to be a very apt reference. The first instance of the phrase shi jin bing qiong that I have been able to find (so far) is toward the end of a poem titled Fang lü yan, or “Release of the Wandering Goose” by the renowned Tang dynasty poet Bai Juyi–more than a thousand years before Yin’s time. The poem is narrated from the perspective of a man who has been exiled to the west (of the Tang empire) at a time of war, and who finds a live wild goose for sale at a market. The goose, he reckons, is a stranger in this land just like he is, and he buys the goose to release it back into the wild. But “by no means fly north,” warns the exiled man, because the northwest is at war.

Then comes the line in question: “The food is spent, the soldiers are exhausted, and they shall turn their eyes to you [the goose].” Speaking directly to the goose, the narrator warns: “those hungry boys will shoot and eat you / and turn your plumes into arrow fletching.” Here is my very loose-hand translation of the latter half of the poem:

人鳥雖殊同是客。
Though the bird and I are different, we are both foreigners to this land

贖汝放汝飛入雲。
I shall buy you and release you to fly into the clouds.

雁雁汝飛向何處，第一莫飛西北去。
Goose, goose, fly where you will, but by no means fly north;

淮西有賊討未平
west of the Huai [river] are evil forces unquelled.

官軍賊軍相守老
our soldiers and the evil ones face off across an age.

食盡兵窮將及汝
The food is spent, the soldiers are exhausted, they turn their eyes to you.

健兒飢餓射汝吃
Those hungry boys shall shoot and eat you,

拔汝翅翎爲箭羽
and turn your plumes into arrow fletching.

Apart from the many possible metaphorical readings of the poem, it’s just a nice encapsulation of the relationship between war and food before the age of freeze-dried MREs: in many long term conflicts worldwide, soldiers were as likely or more likely to die of malnutrition than of battle wounds. It’s a theme that James Scott explores at length in The Art of Not Being Governed and Against the Grain, and that Lizzie Collingham probes in depth (for World War II!) in The Taste of War. And of course, it’s something I’m writing about in my ongoing project.

This upcoming January 1 (2019) will be the 80-year anniversary of the founding of China’s Xikang Province, which has long since disappeared from the map. This month I took a short break from academic writing and cobbled together a retrospective article on Xikang for SupChina:  https://supchina.com/2018/12/26/lost-province-chinas-xikang-now-tibet-and-sichuan-is-turning-80/.